With the support of Ministry of culture of the Russian Federation

BREAKING THE BOUNDARIES
OF ART

Pushing the boundaries of art – this is the purpose and the mission of Yuri Bashmet’s Winter International Arts Festival in Sochi.

Founded thirteen years ago, it has turned into a powerful cultural institution, which is engaged in concert, performance, and educational programmes, as well as provides wide opportunities for professional growth and self-expression of young musicians; it fosters young talents and welcomes experiments with forms, styles, and genres. The multi-genre approach is the pillar upon which rests the solid structure of the festival. Pushing the genre boundaries allows the festival to embrace drama theatre, ballet, ethnic music, jazz, video art, and other art forms.

The daytime is devoted to poetry contests and exhibitions, lectures and discussions, a series of master-classes, a variety of schools for young critics, composers, and performers. The evenings are given to performances and concerts in the Winter Theatre. At the same time, more events take place in the Organ Hall, the most notable being the marathon concert in four parts. The concert, which consists of Beethoven’s piano, violin, and cello sonatas, is commemorated to the upcoming jubilee of the Viennese classic. It is a joint project with the St. Petersburg Music House aimed at introducing young virtuosos to the public. 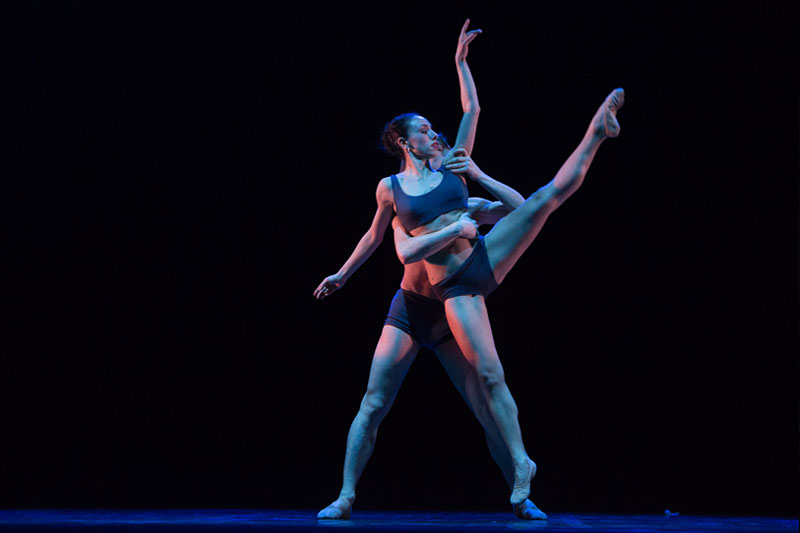 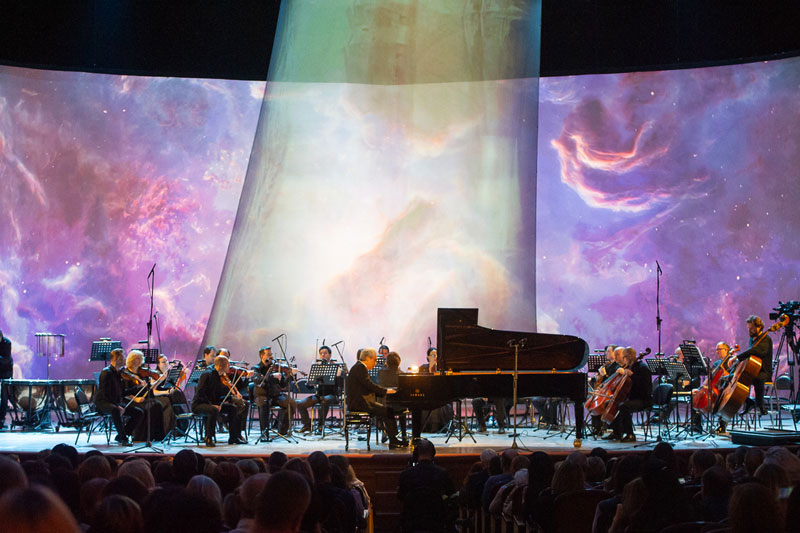 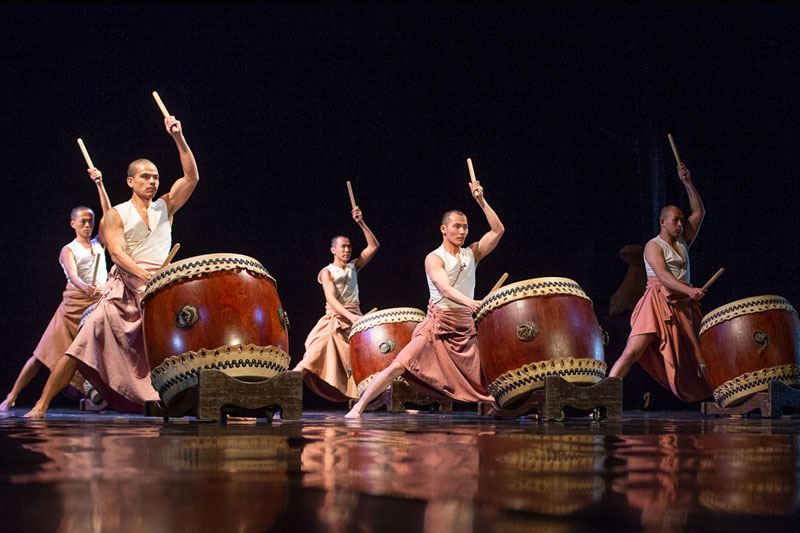 Classical music has always been the highlight of the program. Three resident orchestras – Moscow Soloists, Novaya Rossya, and the All-Russian Youth Symphony Orchestra take part in gala-concerts and theatrical performances.

The opening program includes several world premieres and a parade of different soloists from all over the world. The program of the final gala-concert, which is to take place on February 23, looks especially impressive. It includes the participation of the All-Russian Youth Symphony Orchestra, which has become the favorite project of maestro Bashmet. It is announced to make the first performances of new opuses by such influential authors as Toshio Hosokawa, whose meditative works are balanced combinations of Eastern philosophy and solid German school; Nicola Campogrande, who wrote his First symphony at the commission of the festival to make it last for twelve minutes only but yet to consist of four short parts in line with the classical cannons; and Oscar Bianchi with his completely new concerto for electric guitar and symphony orchestra.

The festival regularly initiates composition of new works by commissioning composers to instrumental concertos, orchestral pieces, and even operas. This year the world premiere of the Piece for Chinese Voice and Orchestra by Kuzma Bodrov and the Chinese author Zhiyi Wang will take place at the Gala-concert on February 13. An even more intriguing premiere of the night is The Second Concerto for Flute and String Orchestra by Michael Nyman, a world-famous British composer: he is widely known to public by his soundtracks to Peter Greenaway’s movies, Gattaca by Andrew Niccol, and The Piano by Jane Campion.

The solo part in Nyman’s concerto will be performed by the Italian flautist Massimo Mercelli. The soloist is the commissioner of the new piece, and this is quite explicable: having gained recognition for his performance of Nyman’s First Concerto for Flute and Orchestra in 2010, Mercelli has been playing the music by the distinguished minimalist quite frequently.

The central event of the program is the world premiere of the one-act choral opera by Alexander Tchaikovsky Tale of Boris and Gleb, Their Brothers Yaroslav the Wise and Svyatopolk the Accursed, the Wicked Robbers, and the Good Russian People (February 17). Based on the libretto by Mikhail Durnenkov, the monumental choral opera is an account of the struggle for power and betrayal of brothers. The protagonist of the opera is, of course, the people divided into several groups. Voice-parts are given only to the two brothers, Boris and Gleb, but even they mainly join in a duet, their voices high, their parts contratenor. The part of Yaroslav the Wise is not vocal and is performed by a dramatic actor. One should not expect the opera to be intentionally archaic in the manner of the old Russian chronicles language and style: the libretto is written in the modern language. The size of the orchestra for the opera is quite modest and includes forty-five instruments; it does not include violins and horns, but avails in a well-developed viola part. The viola enters the dialog with Yaroslav the Wise as his alter ego; a similar solution was made in the previous work by Tchaikovsky – the dramatic symphony written for a viola, a narrator, symphonic and folk orchestras The Lay of Igor’s Campaign, which premiered in the Winter Festival in Sochi in 2018. Both works were commissioned by the festival to construct a diptych united by common theme and Russian chronicles. 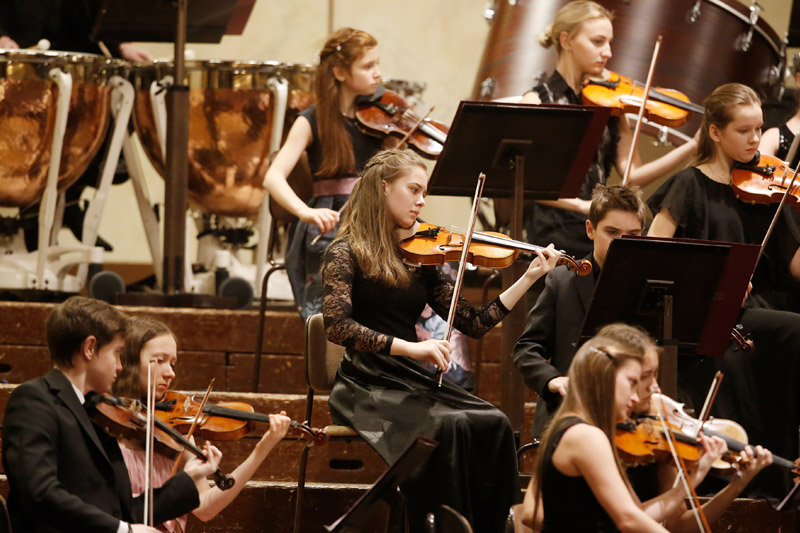 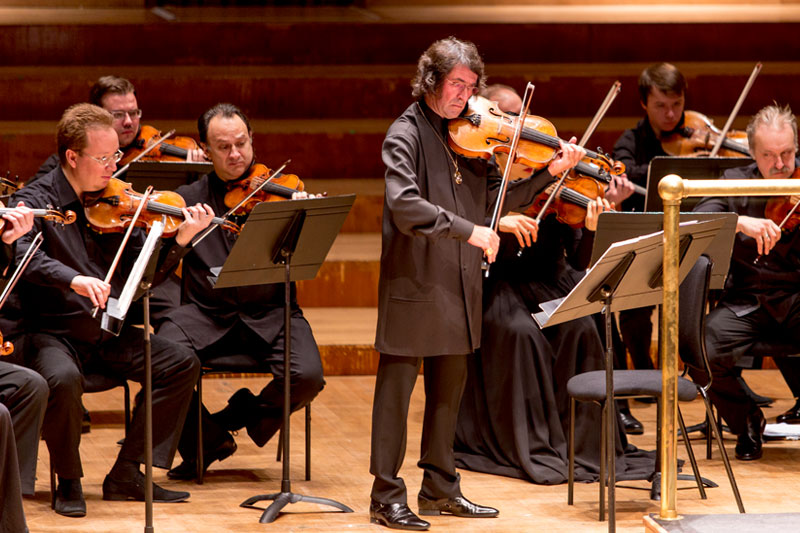 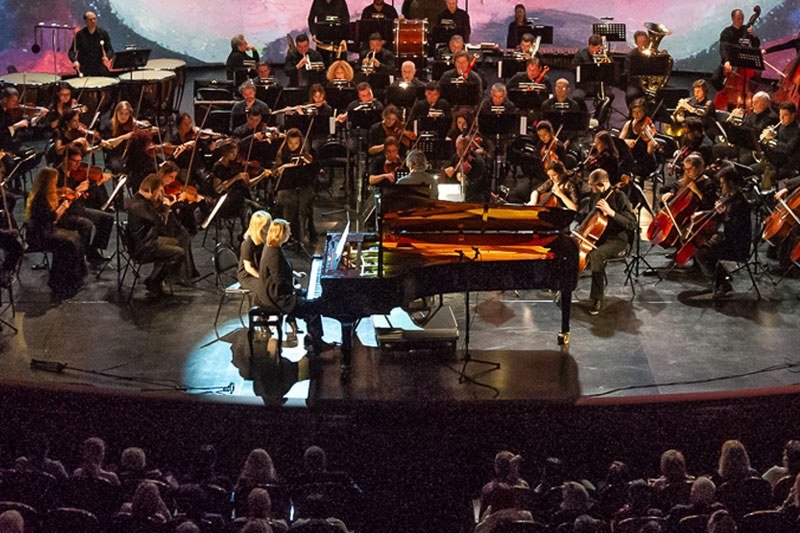 In the context of the festival program, three musical theatre pieces featuring Moscow Soloists under the baton of Yuri Bashmet blend into a dramatic triptych.

Two of these pieces are one-man performances based on the brilliant performance of the distinguished actors – Konstantin Khabensky in the play Don’t Leave Your Planet inspired by Le Petit Prince by Antoine de Saint-Exupéry (February 12) and Evgeny Mironov in the play Van Gogh. Letters to His Brother (February 15). The theatrical trine will also include the premiere of the musical play Sochi. A Non-Holiday Romance staged by Eduard Boyakov and Sergey Glazkov after a play by Elena Isaeva with the music by Kuzma Bodrov (February 18).

Directed by Victor Kramer, the play Don’t Leave Your Planet with its elaborate visual effects has become the signature feature of the festival. It will open the festival program for the fourth time, and each time Khabensky in the single role of the Pilot plays with total dedication to a full house. With time, his interpretation has become more reserved and austere, but every year the pattern of the role gets ever more chiseled, the shades of meaning – stronger and brighter.

Every episode of the metaphoric play marks a stage in the hero’s spiritual journey aimed at self-knowledge and finding oneself. The meandering in the secret landscapes of the unconscious expresses itself in the wandering in the desert – between the reality and the daydreams of a mind clouded by thirst. Splinters of the pilot’s self fly apart to different planets taking shape of the king, the little prince, the accountant robot… The pilot engages in a dialog with these multiple selves, probing for the core of his identity, the essence that makes him whole.

The end of the play is uncertain: the pilot either dies in the desert, or finds a way to repair his mutilated plane and flies away. This does not matter; what is important is that in a long journey towards himself he learns the fragility of life, the value of love and shy tenderness, the sweetness and glory of self-sacrifice – everything we call humanist values.

On equal terms with the actor, Yuri Bashmet’s Moscow Soloists chamber orchestra takes part in the play. Fragments from symphonies by Mahler, Mozart, and Brahms were combined by composer Kuzma Bodrov; the music contributes to the growth of non-verbal meanings, adding to the live pulsating emotionality of Khabensky’s performance. 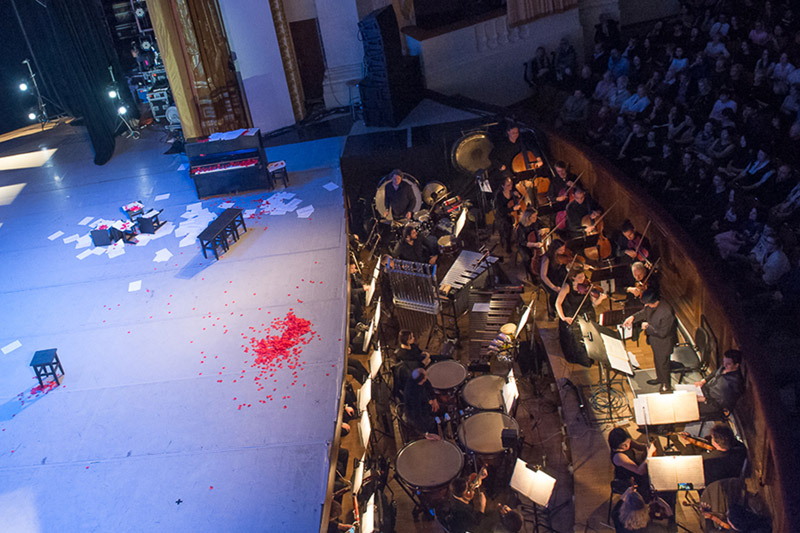 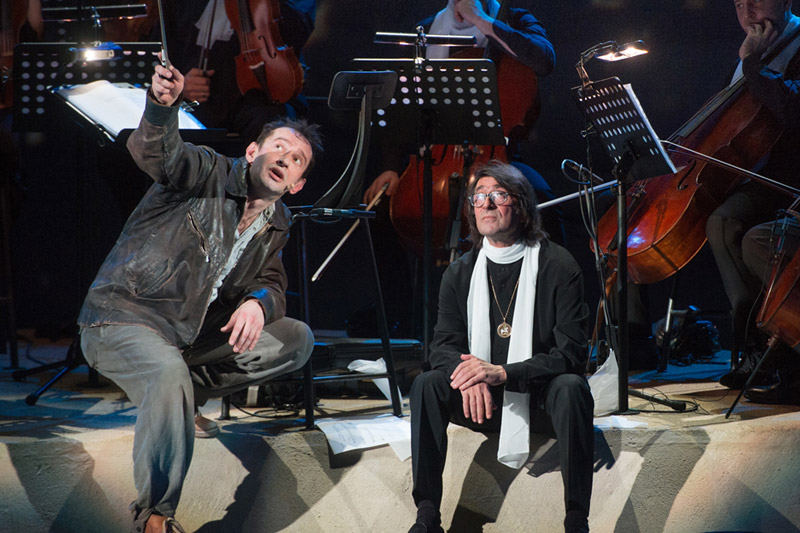 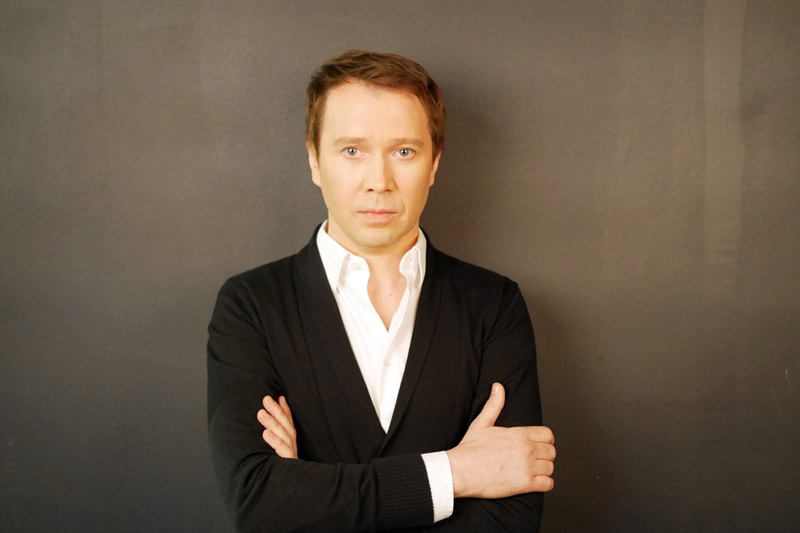 The Sochi Winter Festival is unique in its aspiration to seize the unseizable, to unite the West and the East, Europe and Asia, performing techniques and practices of different countries and schools. Universalism is the key word; a cognate to “universum,” it embodies the resonant cosmos. In the festival, voices of different cultures merge into a single solemn chorus, thus symbolizing the unity of humankind.

This year, the festival will hear the voice of Africa for the first time: the ethnic ensemble by Sona Jobarteh from Gambia promises exotic musical pleasures and expressive rhythms. Sona was named artist of the year in 2018 by the biggest European Africa art festival in Wurzburg; she strongly contributes to the development of musical education in her home country, being the founder of the Gambia Academy of Music and Culture.

Opera for Peace is a project which will engage young singers from South Africa, Argentina, Germany, Russia and the United States. The Gala-concert will unite the singers by the Italian bel canto; they will be accompanied by the Novaya Rossya orchestra under the baton of Dmitry Korchak.

The topic of the dialog of cultures and times will be further developed by the Baroque ensemble La Magnifica Comunità (“The splendid community” or “The perfect company”). Founded in 1990, the orchestra specializes in the end of the 17 – first quarter of the 18 century Italian music; it adheres to the principles of historically informed performance and plays period instruments. Headed by the founder and leader of the ensemble Enrico Casazza, the musicians will offer the audience an exciting journey across exotic lands – Turkey. Persia, China, and India. The program is entitled Down the Silk Road, as it offers to follow the route of the legendary traveler Marco Polo. The prologue begins in Venice, a brilliant city wed to the sea and enriched by trade with the East. It will start with the famous instrumental sonata by Domenico Gallo La Follia No.12 for strings and basso continuo.

In the 17-18 centuries, the great composers of the Baroque wrote hundreds of operas on exotic and oriental subjects about Persian kings, Roman emperors, Turkish sultans, and generals. The masters of music art left a great heritage of magnificent opera music, which the Italian ensemble can freely choose from. The concert will include opera overtures and sinfonias, as well as arias from Alexander and Tamerlano by Handel, Bajazet and Teuzzone by Vivaldi, and Artaserse by Hasse performed by the Italian mezzo-soprano Raffaella Milanesi, a Grammy awards winner for the best opera recording Teuzzone with Jordi Savall. 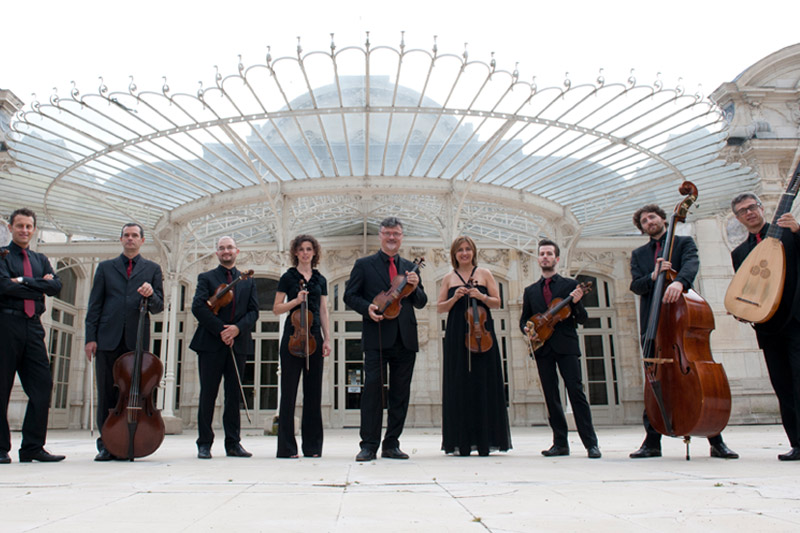 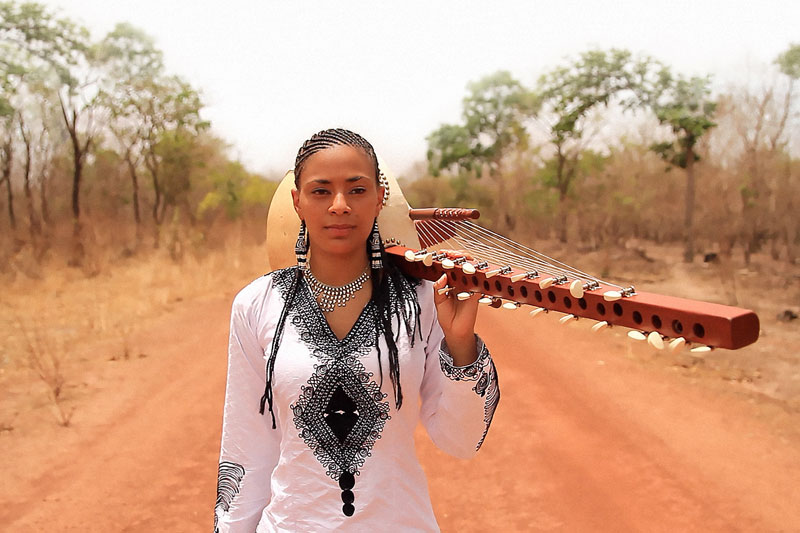 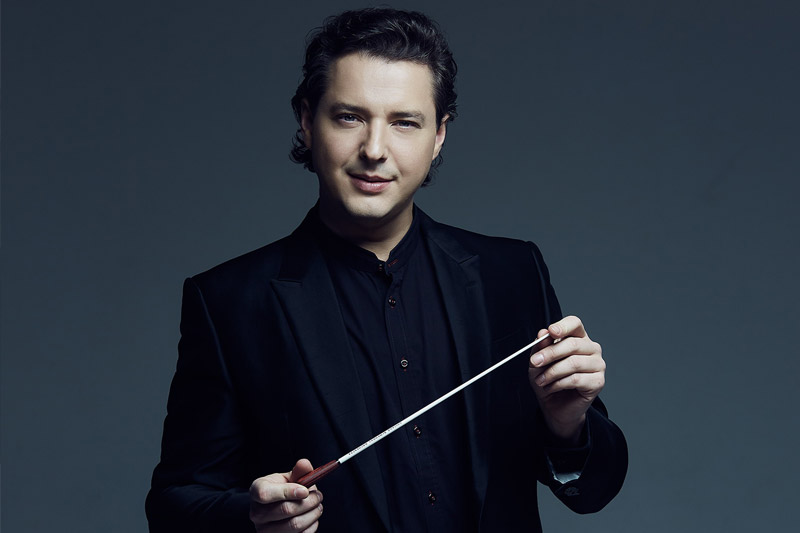 AND A WORD ON BALLET

The Mother is a ballet staged by the Portuguese-British choreographer Arthur Pita for the dance duet Natalia Osipova/Jonathan Goddard. It promises to become one of the most radical performances of the festival.

Pita created the story based on the tale by Hans Christian Andersen The Story of a Mother, which is one of the darkest tales by the Danish writer for grown-ups. The part of the Mother is performed by Osipova; other scary and grotesque parts – Doctor, Death, Babushka, Rose-Gardener, Ferryman, Witch, and Lover – are performed by her partner.

The structure of the plot is similar to that of a road movie: the Mother sets on a long and dangerous journey to rescue her child from the arms of Death. She meets terrible travelers on her way. Each of them knows the way to the Garden of Death but wants to get the most vital things as a pay for their services: her blood, her hair, her eyes. The violence in the ballet brings it close to a thriller; it is, however, quite in line with Arthur Pita’s style which he also vividly expressed in his previous ballet Stepmother. The performance develops in the manner of a bad restless dream, as the Mother wanders in the depths of her lost soul and recognizes her fears and pain in the imaginary personages, while for the entire time being confined to her apartment. She suffers a defeat at the end of her journey – for who can conquer Death? 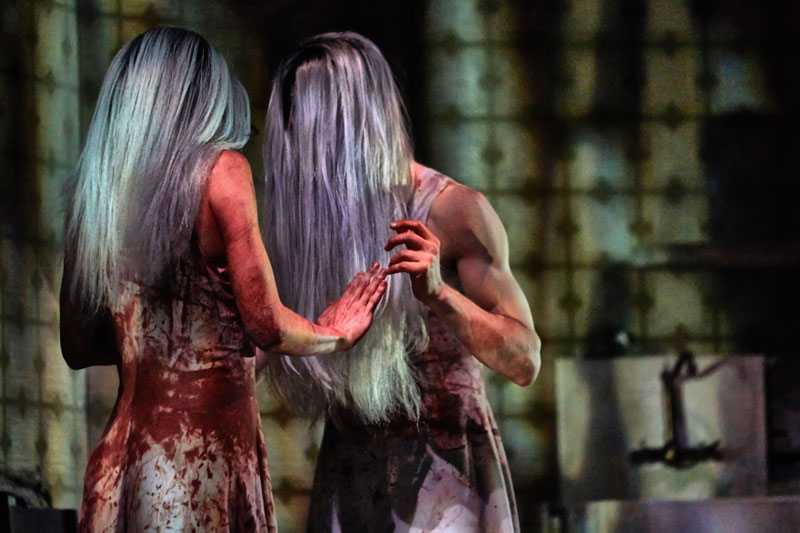 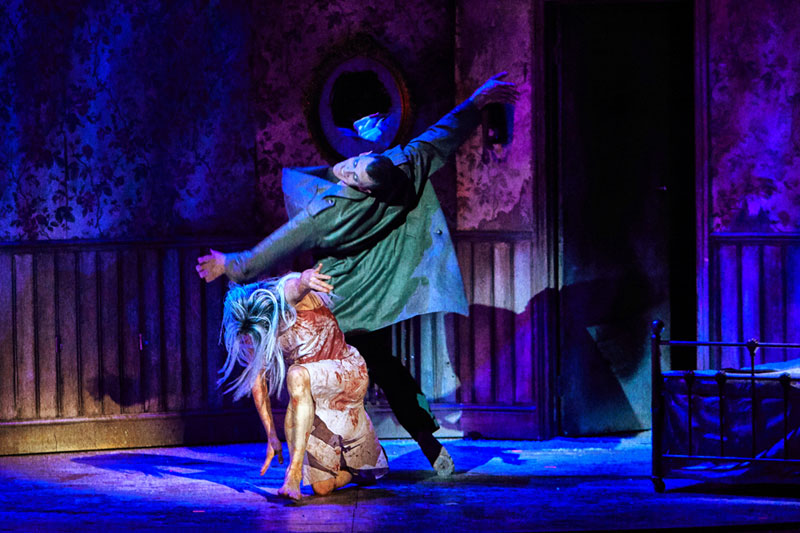 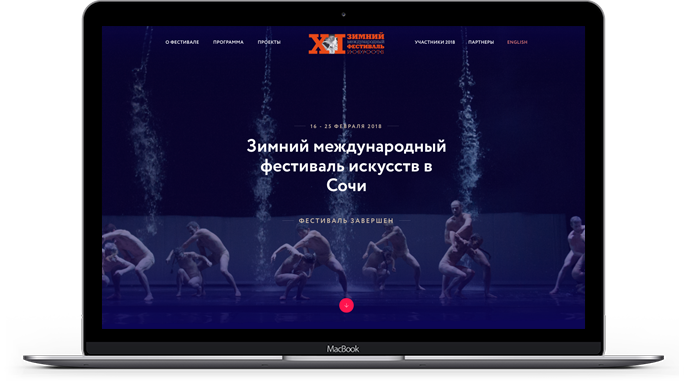 QR code for downloading the App